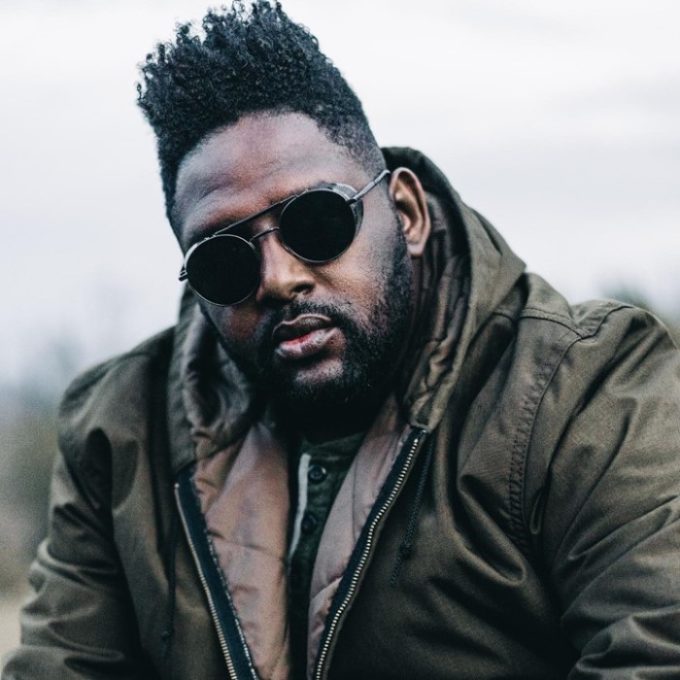 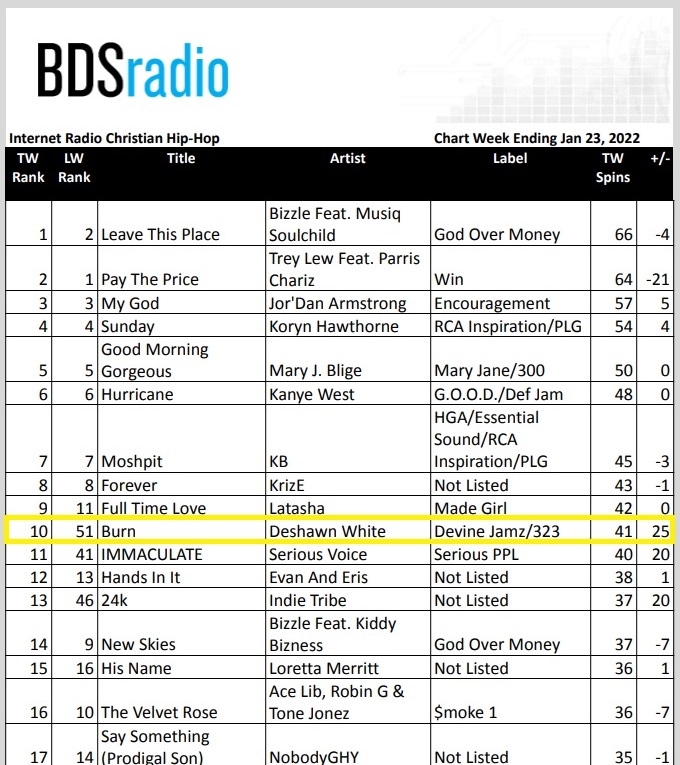 In the week ending Jan 23, 2022, and second week of national radio airplay, 'Burn' advanced to #10 on BDS Internet Radio Christian Hip Hop Chart. It has received favor from BDS monitored radio stations, which viewed the project as inspirational to their targeted audience. 'Burn' is set to slay 1-28-22 with the upcoming EP 'The Trailer: Based On A True Story.' 'This project sounds good. No, the music sounds amazing. It is real, transparent, and easy to resonate with,' said Taylor Valery (Music Critic). You will hear that White delivers his truth out of love and wholeness. It's one of two featured songs White call his Singles. It's a humble beast! Deshawn went-off on this track! He is acknowledging darkness and light, haters and lovers, and his determination to keep shining his light during it all. He rhymes over beats that are professional and tough, street, but approachable.

The music review by Taylor Valery and interview by Syndicated News Columnist Eunice Moseley revealed 'Burn' compelled the media professionals to listen to the entire EP. It's underground music that resist the forms and processes of typical, popular music culture. Music Reviewer Taylor Valery use the term underground to exaggerate the rawness in White's vocals. His soul is without a doubt attached to his faith and music. He recently turned down a major label songwriting deal that would have compromised his faith. That tells you he is discipline, patient and willing to wait for the right opportunities with or without a major label.

If more mainstream hip hop stations incorporate in their program positive hip hop music like Deshawn White's 'Burn' project, there will be a big shift in the culture to influence young audiences in a positive way. There's no doubt fans will appreciate an inspirational hip hop artist with morals. He writes and records quality music which offers an alternative for listeners who can do without crass content. Online advertisements through Google and Facebook revealed analytics show more people between the ages of 18-34 engages with his media and written content. However, White has no preference of who wishes to listen to his music.

Devine Jamz has collaborated with White on an earlier project. As a result, White placed on DRT Charts and performed live at Creation Festival 2019 in front of thousands. He was in a line up with major recording artists to include Elevation Worship, Kari Job, Tenth Avenue North, Andy Mineo, Skillet, Crowder, Hillsong and other heavy hitters. It was the first time Creation Festival filmed a full-length hip hop music video for the event and Deshawn White's performance was the backdrop for the live video filming. To receive Deshawn White's radio release, write up, interview or other information please use the contact information below.