Our team members are professionals who use their gift and talent to serve God foremost. They each have their own ministry and skills that they contribute to Devine Jamz Gospel Network in a unified partnership. In addition, our affiliates are independently operated and set the standards for their own performances and reliability. It is your responsibility to conduct your own due diligence regarding the safe and successful operation of your business if you intend to use any of our information in any way.

Christian, gospel, and mainstream music marketing at Devine Jamz help artists create their path to the Billboard and/or Digital Charting. Through countless Christian, gospel, and mainstream music showcases, we've developed visibility and reach through radio stations, news media outlets, affiliate marketing partners, social media marketing, video adverts, public relations and consistently grinding.  If you believe you have a quality project to receive any of our listed services, submit a recent completed project for consideration and we will examine your talent.

Details And Pricing
SHOW ALL SERVICES

As a writer with a strong background in Christian and Americana styles, I really enjoy the simplicity in which you share important concepts! So very accessible. I'll use what you teach at my website. Your strategies will compliment my performance on keyboards, piano, and bass.

I have seen this system in action and can testify that "Devine Jamz" produces - RESULTS. If you are trying to get the word out about your project, website, or services you have come to the right place.

I approve of Divine Jamz Gospel Network! I am so grateful to be apart of the family! Thanks so much for what you're doing for us; more blessings to you!

Great ministry! I thank God for this company! They have given me the opportunity to spread his word through my music.

Customer satisfaction is important to us because it provides our marketers and affiliate partnerships with a metric that we can use to manage and improve our businesses. 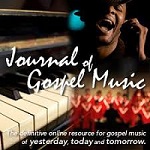 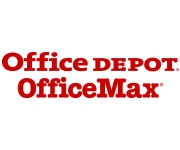 Ernest Gonder Going For Adds With Debut Single ‘For His Glory’

Creating Stories Behind The Music On Optimized Content Management Systems